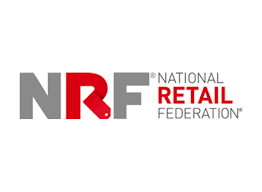 /UCW/ WASHINGTON – The National Retail Federation today announced that it will recognize Walmart President and CEO Doug McMillon as “The Visionary,” an award given once a year to an outstanding retail industry leader, during the 2018 NRF Foundation Gala on January 14 in New York City.

“From risk-taking acquisitions like Jet.com to investing in the future of the industry by prioritizing workforce solutions and spearheading initiatives that empower businesses to be a force for good, Doug McMillon’s leadership has kept Walmart at the forefront of innovation,” said NRF President and CEO Matthew Shay. “Doug McMillon is a homegrown talent at Walmart who has spent his entire career rotating through different roles to better understand the business. His diversity in experience has created a leader who ensures that the world’s largest company remains a pioneer that sets the pace for retailers around the world.”

The Visionary is awarded annually to a leader with a long record of spearheading change in the retail industry. Each year, prominent retail executives identify an individual who is a disruptor, dreamer, giver, influencer and power player who has changed and continues to transform the landscape of retail in a monumental way.

“We strive to be a purpose-driven company, and we work to make every day easier for busy families. This is an exciting time to be in retail as customers are more connected than ever. We’re having fun thinking of new and innovative ways to serve them and to save them not only money, but time,” McMillon said. “I’m proud of the team we have in place and I’d like to thank our associates, because they are the ones serving customers every day and doing the work that is being recognized by the NRF, and for that we are truly humbled.”

McMillon leads a strong management team that works to deliver Walmart’s mission of “saving people money so they can live better.” Under his leadership, Walmart is bringing together its stores, logistics network and digital commerce capabilities in new ways to empower customers to shop whenever, wherever and however they want.

McMillon is a longtime champion of Walmart’s customers, its associates and the company’s culture. In 1984, he worked as an hourly summer associate in a Walmart distribution center, and in 1990, while pursuing his MBA, he rejoined the company as an assistant manager in a Tulsa, Okla., store before moving to merchandising.

McMillon, who says he remains a merchant at heart and has a reputation for understanding where customers around the world are heading next, will be recognized during the NRF Foundation Gala. The Gala is an annual event where retail leaders unite to celebrate the industry, support the next generation of talent, recognize the achievements of the people shaping retail today and invest in tomorrow by giving back. McMillon will be one of many retail executives present at the event, including honorees on The List of People Shaping Retail’s Future 2018.

The third annual NRF Foundation Gala in January 2017 raised $2 million for scholarships, programs and initiatives to shape the next generation of the retail workforce. Those seeking to participate can find more information at nrf.com/gala. Media interested in covering the event should contact NRF’s media team at [email protected]

About Walmart
Walmart (NYSE: WMT) helps people around the world save money and live better – anytime and anywhere – in retail stores, online, and through their mobile devices. Each week, over 260 million customers and members visit our 11,652 stores under 59 banners in 28 countries and e-commerce websites in 11 countries. With fiscal year 2017 revenue of $485.9 billion, Walmart employs approximately 2.3 million associates worldwide. Walmart continues to be a leader in sustainability, corporate philanthropy and employment opportunity. Additional information about Walmart can be found by visiting http://corporate.walmart.com, on Facebook at http://facebook.com/walmart and on Twitter at http://twitter.com/walmart.