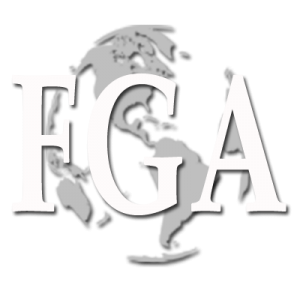 “Let me start off with saying that I’m a hardcore believer that technology will always be at the forefront of any and every advance that we will see in pretty much every industry. From artificial intelligence, robotics, 3D printing and blockchain technology, all of these arenas will have a huge impact on our lives in the next 5-10 years. AI will become more advanced and will be a part of our every day lives, whether it be at home, work or in the car, we are just scratching the surface. I do believe that a company like Amazon will be a benefactor of these advances due to their reach in to our lives, Google and Facebook could be put in that same pack. The advances in robotics is incredible, in Japan they are manufacturing a robot that you can date, believe it or not, but its just those type of steps that ultimately will lead to greater advances into true learning machines. I personally don’t know whether to embrace it or be afraid of that one, we will see as things advance. Now 3D printing will be extremely relevant in the infrastructure and construction arena, just imagine being able to set a machine in the morning to 3D print a small home or a great wall and it to be done by the end of the day, that would be amazing and its happening. This is one of the main reasons FGA took major steps into the smart modular arena with Spartan Modular Technologies, the future is bright in next generation construction”.

“As it relates to cryptocurrency let me give my view on its position and future. No question that we live in a digital age and cryptocurrency is here to stay but what stays will be the ultimate question. I see sovereign nations developing their own centralized system utilizing blockchain technology to prevent fraud, increase efficiency and eliminate the use of paper money. With that said, Bitcoin is the spark that lit the flame but like Litecoin and others, beyond the Peer to Peer value there is truly no underlying value that would keep them stable, honestly I don’t know how long a Litecoin would last with no underlying value. Bitcoin would have its legacy value but I will not comment on where its true value would be seen as. Digital assets or cryptocurrency of value have something behind it, whether it be assets, a business model or something tangible. Ethereum, Pecu Novus and Ripple have an intrinsic value as it relates to the business behind it and of being a partially asset backed coin. With the thousands of coins being issued to date and the ICO craze upon us, I would say look for the value, what is the use of the coin and the potential, I would not chase these ICO’s that are popping up like weeds. Also I would look at the coins that are better prepared for regulation, as that regulation will be coming sooner than later so a semi centralized coin may be better suited than a decentralized one in the upcoming environment we will see in my opinion”.

About Louis Velazquez
Louis Velazquez has been in the investment banking/finance arena for over 25 years. He has managed over $2B in assets for clients internationally; initiated various funding efforts for private & public companies as well as commercial real estate projects. His background in technology goes back to 1985 from coding to the development of new technologies. He worked on various business development projects in the early days of the internet with a hands on approach, from developing the structure and advising on the technology to raising capital. He was instrumental in assisting in developing various applications that were used in the social media arena.
He has traveled globally for private clients in order to assist in the acquisition of unique precious stone collections, gold and other high end assets.
Some other life highlights include being a former pro wrestler and athlete, Radio/TV show host, Alumni of the Gemological Institute of America and News Journalist. He works with various charitable organizations focused on children, women or animal related causes lending his assistance and name in order to further their progress.

This press release shall not constitute an offer to sell or the solicitation of an offer to buy any securities, nor shall there be any sale of securities in any state in which such offer, solicitation or sale would be unlawful, and qualification under the securities laws of any such state.