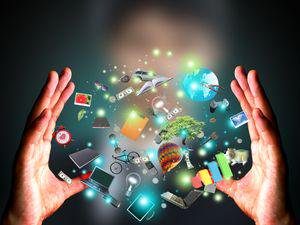 /UCW/ As the cryptocurrency market goes into freefall mode, investors in digital assets such as Bitcoin, Bitcoin Cash and Ethereum ask themselves is this a bubble bursting? Well the answer is an interesting one and this is how I view it.

The cryptocurrency market is a very young market with a very bright future but only if things are done right. Bitcoin itself was created and adhered to because of an ideology that people should be in control and not the government as it relates to currency. It was an interesting first step but of course it is not the true foundation of what digital assets should represent.

Bitcoin’s growth and crossing from the dark web to main stream on a global scale has helped the arena to grow up a little bit but as it grows up, like a child, there will be growing pains. So many bad actors have shown up and probably will continue to show up to the party to fill up their pockets and hurt investors while others will try to control what is uncontrollable to a point.

Over the past few years what was a good idea for scalability turned into a bad trend and what I am talking about are Hard Forks. I understood why Litecoin had to exist but then when infighting, well what I saw as such, began to overshadow the entire purpose of cryptocurrency then it watered down the entire cryptocurrency market. The constant Hard Forks serve little purpose other than a group of developers having some sort of control of the market of that NEW coin. There is no need for a new coin, there is a serious need for the utility of a coin to present an intrinsic value that brings with it some type of stability.

Lets touch on the abundant ICO’s that have been issued, again a joke of all jokes, these groups are raising capital just as a private placement or an IPO would do for a company, but they are doing it for a platform that hasn’t been developed yet, its just an idea. To me that is just circumvention of securities laws and investors have been flocking to them without even understanding what is actually happening. Investors are looking for the next shiny thing that may be a unicorn in the making but they are looking for the wrong things. If you are looking for growth then look at what is being done to induce such growth beyond a coin trading to Pluto, what is its utility and how will it produce value? Good question that should be asked before jumping head first into an ICO.

Bitcoin itself has matured a bit, with the CBOE and CME, both international commodities exchanges, issuing futures on the coins trading is a good first start. The reality is that digital assets need to have a use, serve a purpose beyond a coin or token being issued, there has to be a plan of action that will create intrinsic value. I have not seen that amongst a vast majority of these coins and tokens issued, this is why the thinning of the herd will begin and I would say sooner than later.

Digital assets aka Cryptocurrency with a true use is what is key, Bitcoin will always be the staple of the market just as IBM was for bluechip stocks at one time. There are a few platforms that have been created and I use the word platforms because issuing a coin is a joke without a utility, so a platform for growth of use is an absolute necessity.

Some criticize centralized networks but if done right it works and works out for the better of the entire industry. A centralized network is needed in order to create a growth platform, again without a platform for growth a coin in my eyes becomes worthless in a hurry. A company like Ripple is a prime example of a platform for growth, the coin is XRP, the Ripple Coin, and the company itself is developing various platforms for growth which will incorporate the use of these coins.
When Megahoot took over the development of the Pecu Novus Network is was for a specific reason and that was to create various platforms for utilization of the coins. The Pecu Novus Network is already being used by global companies seeking a secure, cost effective and efficient way to conduct business internationally. This is being done via the Pecu Novus Escrow System and minimizing the expenditures for letters of credit and eliminating the fear of using other digital assets to conduct business. The bottom line is that when you send someone a cryptocurrency its final, no turning back, but with the ability to put the coins in escrow until the transaction is complete, well that’s providing a sense of security for honest and transparent business.

Megahoot launched the Megahoot Vault and the XMG (Megahoot Coins) in mid 2018 in order to allow for the development of various platforms for the utility of not only the XMG Coins but for the Pecu Novus Coins. This evolution of sorts is what will usher in a new era of the digital asset market and this is where companies like Ripple and Megahoot will shine bright in this arena.

I need to explain that Megahoot is not a cryptocurrency company by no stretch of the imagination, it’s a Cybersecurity, Cryptography and Blockchain development company. These tools allow for Megahoot to develop all the great platforms that will be released in 2019 giving vast use of the Pecu Novus and XMG coins in some many areas from gaming and e-commerce to B2B transactions.

The phrase thrown around so much is “Decentralized Network” and the perception is that this will replace all government issued currencies, now if you believe that then I have a bridge to sell you in Brooklyn. Government issued currencies will never be replaced or go away, that’s a fact, what digital assets do is essential make it easier for people and businesses to securely and cost effectively perform transactions, not overthrow the government.

The reality of things are as such in my opinion, you will continue to see these decentralized digital assets such as Bitcoin, Bitcoin Cash, Ehtereum and others slide going into 2019, more than you have seen them slide to date. The digital assets that will shine will be the ones that are creating a path for utility and not just a coin, such as Ripple and Megahoot. These groups will be the leaders in the digital asset arena because in a fragmented environment that is praising the chaos there has to be a reality check that real people will be losing real money when the bubble begins to burst and trust me it hasn’t burst yet but it will and it will be painful for many investors globally who don’t understand what is going on.

This is why I wrote this article to bring awareness to the table where there may be a misconception that this is temporary when it is not. Focus on the value and those are the digital assets that are having platforms developed for them not just coins, tokens and the ICO’s chasing your hard earned investment dollars, be vigilant, diligent and smart about it all.