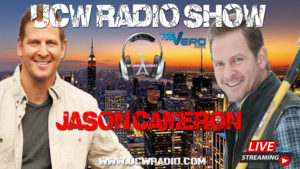 On this episode of the UCW Radio Show we had the opportunity to speak with HGTV and DIY star Jason Cameron, known for Man Caves, Desperate Landscapes and so much more. We talk about his fitness days, his background in construction, his mentoring of youth, his great relationship with his wife as well as Tony Siragusa, Charlie Sheen and Snoop Dogg and much more . make sure to follow him on social media @jcamerontv

Jason Cameron is an American television presenter and actor most notable for his role on the TLC reality show, While You Were Out and is currently hosting Man Caves and Desperate Landscapes for the DIY Network.