One of those leaders is The Black Dragon Ron Van Clief, most may know his from his UFC fame in the 1990’s but his history goes much deeper than that. He is a Brooklyn native who found martial arts as an escape from what was going on around him, he embraced it and used it as a tool to rise above his environment. He built a glowing career and became a 5 time Karate champion, 5 time Kung Fu champion and a 15 time All American Champion. He has competed in over 900 tournament during his lifetime and still at the age of 78 years old he is competing and showing the younger generation that martial arts is a lifestyle and they need to see it as such.

Van Clief is a Vietnam Veteran and proudly served in the United States Marine Corps, he took his skills in martial arts and integrated them into his military training basically making him a well rounded martial artist. Even though he has faced trying times during the 60’s , which you can learn more about in his book “The Hanged Man: The Story of Ron Van Clief” and I do recommend giving it a read because you will find a greater appreciation for this warrior.

He was also a New York City Transit Police Officer and he trained along side Bruce Lee while he was in Hong Kong, he was so good at what he did that the Hong Kong film community dubbed him “The Black Dragon”, a name that stood with him to this day. He has been featured on the cover of many prominent martial arts publications such as Black Magazine, Inside Kung Fu and the Action Martial Arts Magazine.

He has trained side by side with the likes of Peter Urban, Moses Powell, Leung Tin, Remy Presas and Jo Moreira.

His contributions to the world of martial arts is so deep that just like the old story goes of the six degrees of separation of Kevin Bacon, you will find the six degrees of separation of Ron Van Clief within the martial arts world. From the mat to Hollywood and beyond, he has left an impact on the world and continues to do so.

I remember when I first met Ron Van Clief 20 plus years ago and the one thing that I can say that he has always made time for someone that wanted his impact and guidance. A humble man with a deep story that I am happy that he has finally told and the world will see it on the big screen soon enough.

For those that have seen the cult classic Berry Gordy film “The Last Dragon” , you may not know that Taimak was a student of Ron Van Clief.

I honored to call him a friend and my brother, he has so much more to show the world so I look forward to the martial arts community embracing that and the younger generation learning from the path that he has laid. 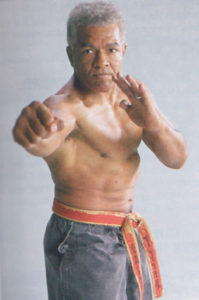 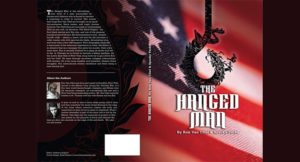 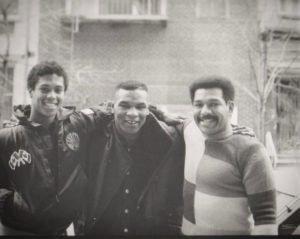 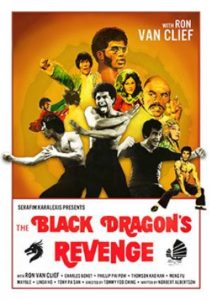 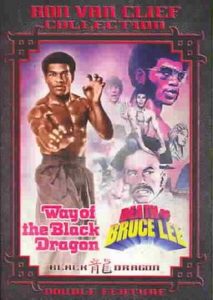